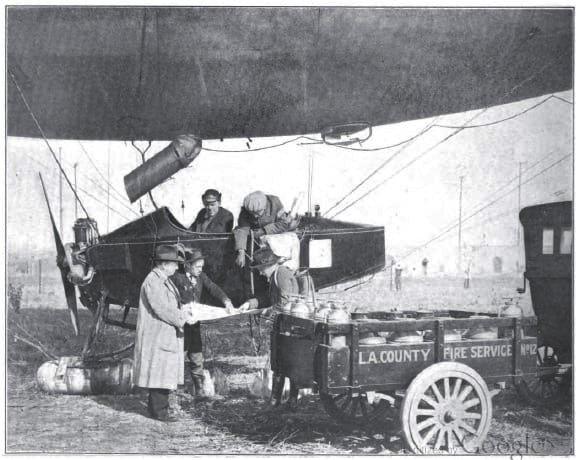 He pointed out that the occasion is even recorded in the January 1921 edition of "The Magazine of the American Forestry Foundation.*" The issue describes how during the 1920 fire season, the Los Angeles County Fire Department and the Angeles National Forest partnered to test the pony blimp for its effectiveness in fire patrol and firefighting.

Not only could the pony blimp spot fires, but it could also lower crews and firefighting equipment to the ground using rope ladders if it was unsafe to land. Many believe this to be the start of aerial firefighting in California.

The air attack's role in fire service continues today with the use of air tankers, helicopters, and aircraft statewide.

Proud to partner with the LA County Fire Department Foundation. Find Out More. >>